How to relieve lymphedema pain 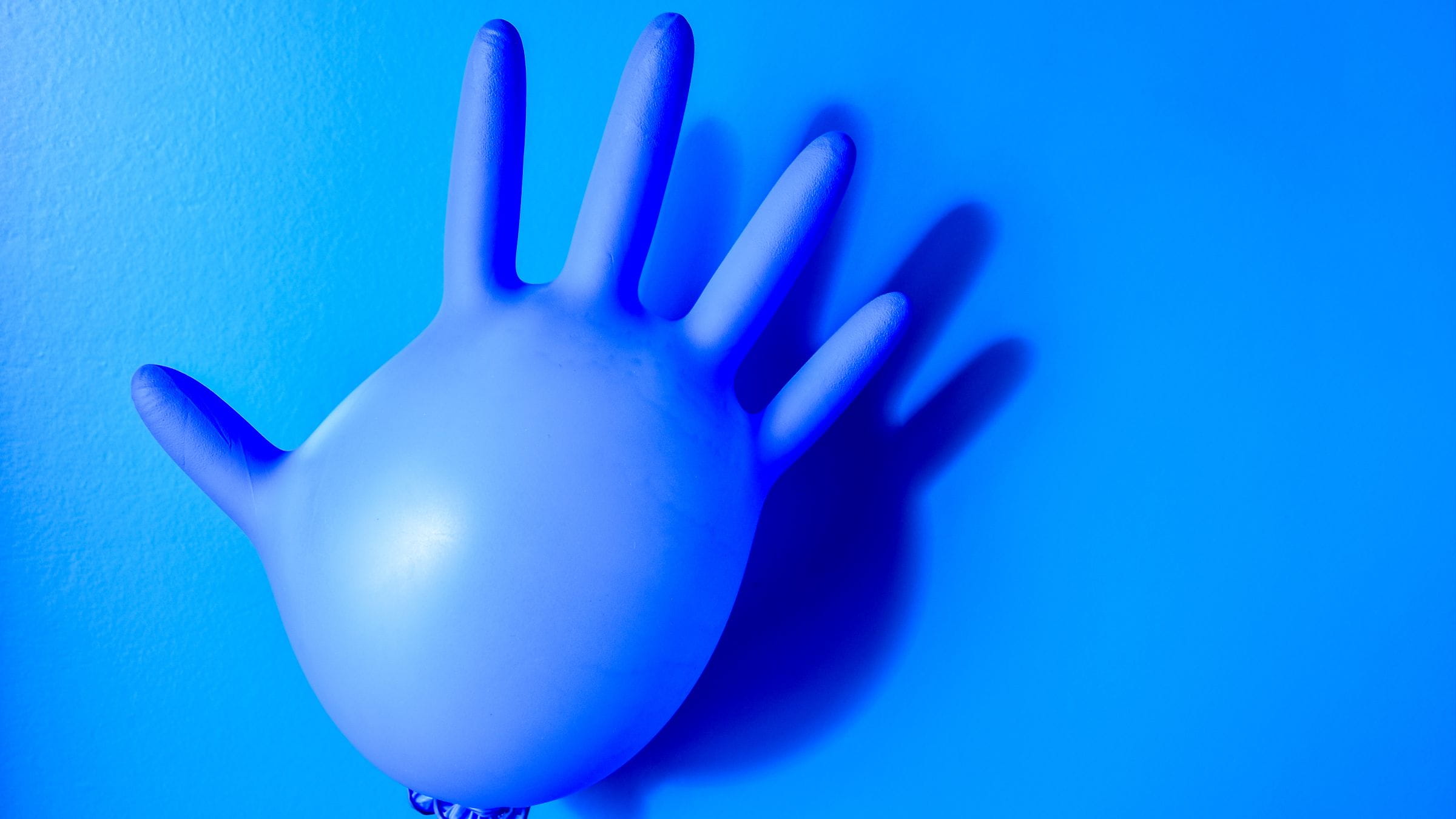 About a year after her double mastectomy, Susan O’Brien began to notice some pain and swelling in her right arm and hand.

“My fingers turned into little bratwursts,” O’Brien says. It was lymphedema, a chronic condition that impacts three to five million Americans.

Lymphedema is a disease that causes painful and uncomfortable swelling of the arms, fingers, legs or feet, and commonly occurs after a patient’s lymph nodes are removed as a necessary part of surgery. It is most common in breast cancer patients, but occurs after other types of cancer and non-cancer surgeries.

O’Brien works hard to keep her lymphedema at bay, and knows what to do when it flares up: physical therapy sessions at the Stefanie Spielman Comprehensive Breast Center that include massages. She also wears compression sleeves and gloves. 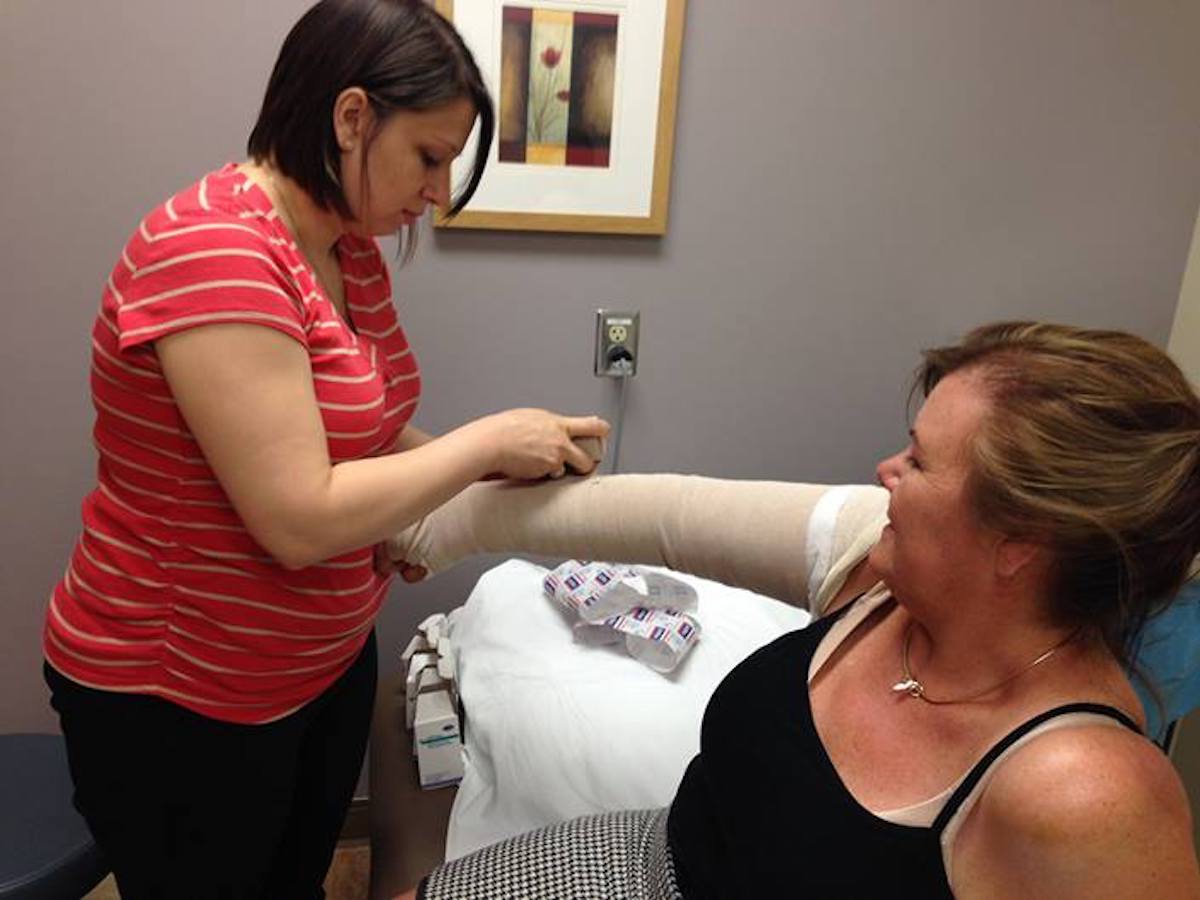 “I’m very active and I’m not going to let my lymphedema define me or limit me,” Susan O’Brien says.

"Lymphedema is the most concerning complication of a lymph node dissection,” says Doreen Agnese, MD, associate professor of surgery at the OSUCCC – James. “It’s painful and your range of motion becomes limited. If we can identify it early, it can be better treated and managed with physical therapy and massage and compression sleeves and gloves.”

Advances in research have reduced the number of lymph nodes that surgeons remove, which in turn reduces the occurrence of lymphedema, and microsurgery procedures can also reduce the symptoms of this chronic problem. The Ohio State University Comprehensive Cancer Center – James Cancer Hospital and Solove Research Institute (OSUCCC – James) is at the forefront of research and practice in how to relieve pain from lymphedema. The Stefanie Spielman Comprehensive Breast Center has physical therapists that are specially trained in managing lymphedema, and many are certified by the Lymphology Association of North America (LANA).

Lymphatic fluid circulates through the body to remove waste, bacteria and other unwanted substances. “Edema” refers to the swelling or buildup of excessive fluids. Lymphedema occurs after several lymph nodes are removed, or in the natural absence or impairment of them. The lymphatic systems of some patients can no longer manage the fluid, which builds up and collects in the arm or other areas of the body, causing swelling and pain.

It is essential to remove lymph nodes in the armpit area during breast cancer surgery, because “they’re the road map,” Agnese says. “Cancer travels through lymphatic channels and we mimic the route of the cancer cells to find the first lymph node it would have traveled to.”

Cancer in these “sentinel” lymph nodes, which are the first lymph node or group of nodes draining a cancer, indicates whether the breast cancer has metastasized

The location of the sentinel nodes “is different for everyone,” Agnese says, adding that lymph nodes vary in size, but are small and kidney bean shaped. “And they can blend in with fat, which makes them hard to find.”

Patients are injected with a low-level, radioactive blue dye that surgeons use to find the first two or three lymph nodes on the “road map.” If cancer is not present in these sentinel nodes, there is no need to remove additional lymph nodes. And, the fewer lymph nodes that are removed, the less likely a patient is to develop lymphedema.

But cancer is tricky, and “there can be a tumor that blocks the path of the dye,” Agnese says. “Even if I don’t see any blue dye in a node, I always feel around to see if there’s something suspicious.”

Years ago, the standard treatment was to remove most of a patient’s lymph nodes during all types breast cancer surgery: mastectomies and lumpectomies. Research in the 1990s determined only the sentinel nodes had to be removed to determine if the cancer had spread.

“We used to take out between 15 and 30 lymph nodes, now we take out two or three,” Agnese says.

Further research has led to the reduction of lymph node removal in some breast cancer patients. For women whose tumor is less than 5 centimeters and will have lumpectomy surgery, followed by radiation, “even if they have cancer in one or two sentinel nodes, they don’t need a full dissection, because the research has shown that in 80 percent of these cases no other lymph nodes have cancer,” Agnese says.

Forty to 60 percent of all cancer patients who have full lymph node removal are at risk of developing lymphedema, says Roman Skoracki, MD, division chief of oncologic plastic surgery at the OSUCCC – James.

However, there are surgical options to reduce the impact of lymphedema and Skoracki is one of the leaders in this field. He performs two types of microsurgery: lymphovenous bypass and vascularized lymph node transfer. Both involve re-routing lymphatic channels to allow for proper draining of fluids.

“Additionally, we have begun to reconstruct the lymphatics at the time of an axillary lymph node dissection. Immediately following removal of the lymph nodes, a small amount of dye is injected into the arm at risk for developing lymphedema. Any dye seen 'spilling' into the cavity where the lymph nodes were removed indicates lymphatic channels that were cut in the process. These cut lymphatic channels are then connected to a nearby vein with the use of an operating microscope to allow the fluid a way out of the arm. All of this is done during the same surgery using the same incision the surgical oncologist has made. While this is not a cure, the goal is to reduce the overall risk of developing lymphedema.”

Removing fewer lymph nodes, improved physical therapy procedures and the development of microsurgery have combined to reduce the impact of lymphedema. “Certainly in my lifetime, we’ve seen the role of lymph node surgery decrease,” Agnese says.

Agnese was O’Brien’s surgeon, and both ride in Pelotonia. O’Brien says most of the time, she is able to keep her lymphedema under control and lead an active life.

“I have a flare up when I get too much sun or I exert myself too much and lift too much,” she says. “And I have to be careful when I fly, the decompression of the cabin affects it.”