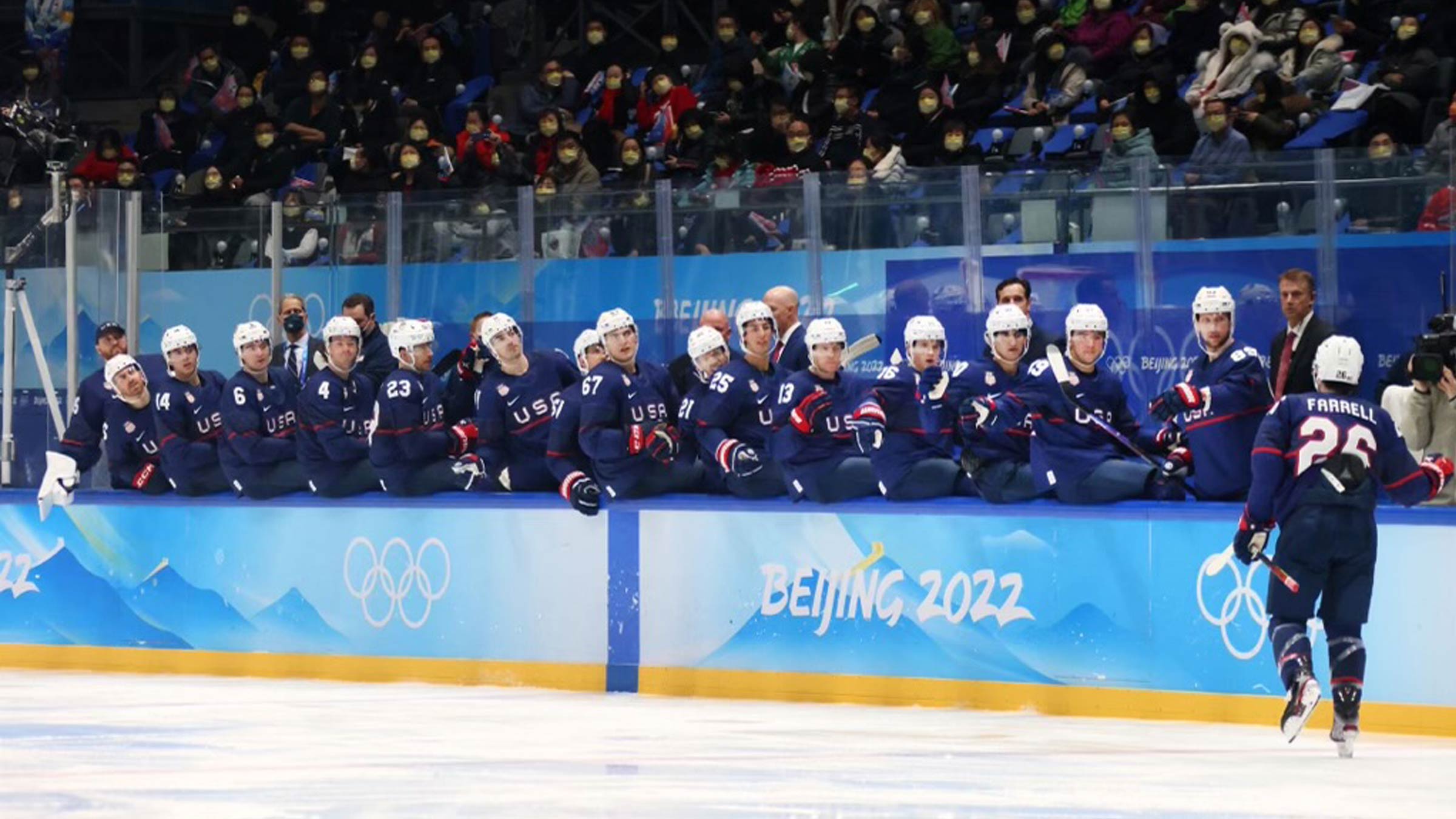 Most of us only experienced the Winter Olympic Games by watching the athletes compete and cheering on our respective countries from our televisions, laptops and other personal devices. But for Chris Mizer, an athletic trainer and director of regional outreach development at The Ohio State University Wexner Medical Center, Beijing was his second trip to a Winter Olympics. The first for Mizer was four years ago in Pyeongchang, South Korea. At both games, he supported the United States men’s hockey team as an athletic trainer.

While this year Team USA fell in a heartbreaking shootout to Slovakia in quarterfinal action, the experience proved more than memorable for the Buckeye. In a recent Q&A, Mizer shares some personal highlights from the 2022 Winter Olympic Games.

How did you feel when you first got the call asking you to return to the Winter Olympics to support the U.S. men’s hockey team?

Surprised, excited and thankful. I’ve been fortunate to work with USA Hockey in the past and each experience has been amazing. Then you add on the Olympic experience, and it’s hard to put into words. I just feel very fortunate and blessed to have the opportunity.

How was the trip to Beijing?

We started the journey to Beijing by going to Los Angeles, where the team trained for four days in two ice sessions at the LA Kings facility. We had to have 96-hour and 72-hour COVID-19 testing and clearance before we were able to board our flight to China. Our first flight was 13 hours to Tokyo and then a second flight to Beijing was four hours.

When we landed in Beijing, there was strict security. We had to clear Customs and have another COVID-19 test. From there, we were bused to our housing facility where we were greeted by a representative from the United States Olympic and Paralympic Committee.

Overall, this Olympic experience was very different from the previous games, as it felt like we were in a bubble. We were tested daily and had controlled, Olympic-only transport from our housing facility to the ice rink. There was no roaming around and exploring the city of Beijing, and there were lots of cameras (international media) and security.

What were your impressions of Olympic Village?

This time, the hockey support staff stayed in a hotel outside of Olympic Village. We had transportation between the hotel, village and ice arena. We would go to the village to conduct extra treatments for the athletes as needed.

Outside of our medical team of four, the United States Olympic and Paralympic Committee had a full clinic with other medical staff, diagnostic ultrasound, physicians, massage and chiropractic services for the athletes. Each national governing body has a medical team, and our hockey staff included three athletic trainers and an orthopedic surgeon.

Olympic Village was a lot of fun, with a big dining hall, coffee shop, activities for the athletes and a mall with gift shops. It’s always nice to walk around and experience the village. You see all the countries in their different apparel and hear them talking in their native languages.

Did you attend the opening or closing ceremonies?

Only athletes attended the opening ceremony, and for the closing ceremony, it’s based on availability for the staff. So, unfortunately, I couldn’t attend. In 2018, we walked in the country procession during the closing ceremonies. It was fun, but very cold. There was lots of pageantry, lights and music. The best part is meeting the other athletes from the other sports in the holding area before you enter the stadium.

What was the overall sentiment among athletes and support staff?

It’s a dream come true for athletes and staff to be at the games. Beijing was very different with COVID-19 — the daily testing, masking, separate seating, fewer fans and many safety precautions. We were always on edge waiting to hear the COVID-19 test results of the day. A few people got isolated for positive tests and it was heartbreaking, since these athletes have trained so long to be at the Olympics.

Everyone was excited and full of life with lots of energy. When the National Hockey League (NHL) decided to not have their athletes attend the games, our team was constructed with non-NHL contract players, so mostly collegiate athletes with some AHL and European league players.

What did your days consist of in Beijing?

We had daily practice and games. Most of our days started with a COVID-19 test, breakfast, transportation to the ice rink and then prepping for practices and games. Some days our games were played at 12 p.m. and other games were played at 9 p.m. (Beijing time, 13 hours ahead of Columbus). Either way, you were at the rink for most of the day. The night games made the day long, as we would typically skate a few guys early in the day. All games were played in the National Indoor Stadium, except for one game that was played in a nearby town, Wukesong, where the U.S. women’s hockey team played the gold medal game.

Unfortunately, our run ended early after losing in the quarterfinals to Slovakia in a shootout. It was heartbreaking and gut-wrenching to lose, especially when we were 3-0 overall going into the game and were ranked as the top seed going into the final round of play. We had an amazing group of players and staff who all came together in a short period of time to create a lot of good memories. On a positive note, we did beat Canada in Olympic competition for the first time since 2010!

What’s some advice you’d give to the athletes to stay healthy during the games?

We focus a lot on recovery and helping the players stay healthy and get ready for the next game — treatments, massage, hydration, proper rest, nutrition, all of the things needed to help them perform at their highest potential. We had our share of injuries, but our athletes stayed healthy for the most part. We did lose a key defenseman early in the tournament, so we continued to work with him to get him healthy and ready to play again with treatments and rehab multiple times a day.

What was it like supporting Team USA’s Jake Sanderson, the son of Geoff Sanderson, a former Columbus Blue Jacket you used to work with? Does it feel like things have come full circle?

First, it tells you I’m getting old and have been around a while! It was an absolute pleasure to work with Geoff Sanderson when I was with the Columbus Blue Jackets. And now, to work with his son Jake was a lot of fun. Both are amazing players and human beings. I could not ask for two nicer players to work with. Some of Jake's mannerisms really reminded me a lot of his father, though Jake is a defenseman and Geoff was a forward when he played.

I cannot say how thankful I am to my family for being so understanding while I was away on the other side of the world. I’m thankful to USA Hockey for giving me another opportunity to help and be part of the team. Finally, a big thank you to Tom Blincoe and the regional outreach team at Ohio State Wexner Medical Center for allowing me to be away and cover the games. I am very lucky and blessed.

Ready to be at the top of your game?

Ohio State’s sports medicine experts are here to keep you in your game, maximize your performance and keep you healthy. 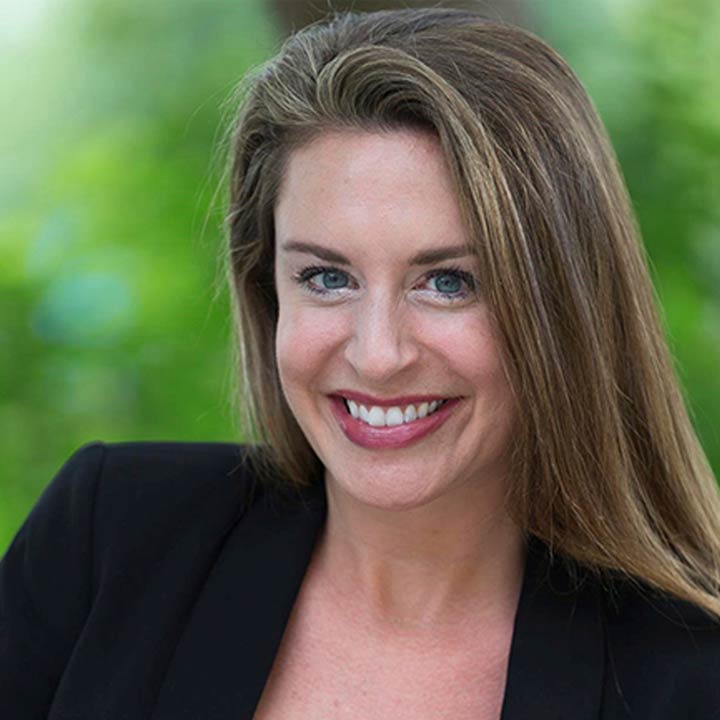