Ryan Day, head coach of The Ohio State University football team, and his wife, Nina, thought long and hard about the best way to give back to the Buckeye community that’s given them such strong support since they arrived in Columbus in 2017.

Having faced their own emotional challenges, the Days wanted to lend their voices to raise awareness about the importance of mental health fitness and care. But they knew it might be difficult to reveal their personal stories and shine light on an issue many Americans are inclined to keep in the dark.

But when Coach Day learned during a 2018 recruiting trip about a string of youth suicide deaths in one Ohio community, the couple was so moved that they embraced a new role as public advocates for mental health. Their journey has led them to commit $1 million to fund mental and behavioral health research and services at The Ohio State University Wexner Medical Center and College of Medicine.

With the gift, the Days are helping to flip the conversation from the devastation that can come from untreated illness to the strength that can be fostered by building resilience — the ability to adapt, learn and even thrive following adversity. The Nina and Ryan Day Resilience Fund will be housed in the Department of Psychiatry and Behavioral Health to support research that seeks to help prepare Ohioans to face whatever challenges life might bring.

The Days announced the new fund at an Aug. 3, 2022, news conference at the Ohio State Wexner Medical Center, with Nina Day calling resilience “a powerful shield” that we can all work on and develop to overcome challenges.

Coach Day called on others to also be champions for mental health, saying major scientific breakthroughs are often funded by philanthropy that allows brilliant scientists to follow their intuition. While not all projects pan out, he said, some change the world for the better.

“It’s our hope that this fund can be a part of doing just that. Just about every challenge we face — as individuals and as a society — is easier to overcome with better mental health. And that comes from resilience,” Coach Day said. “I invite our fellow Buckeyes to join us in supporting this work and building a healthier community.”

In need of emotional support, thinking about suicide or concerned about a family member or friend?

The National Suicide Prevention Lifeline is available 24/7 by dialing 988 or texting 74174.

Talk to someone now

By investing in mental health, the Days have used their prominence to support efforts to bring the issue out of the shadows and pave the way for advances that have been held back for decades due to misunderstanding, says Dr. Phan, who also holds the Charles F. Sinsabaugh Chair in Psychiatry at the Ohio State College of Medicine.

The donation will support his efforts to enhance treatment services and further studies to cement Ohio State’s position as a leader in understanding and nurturing resilience.

Dr. Phan explains resilience as a process, a pathway or a journey that an individual goes through after experiencing adversity, stress or trauma. He explains that only a small proportion of people who experience adversity, trauma or stress develop a mental illness.

The new science in this area seeks to determine the factors that cultivate resilience in the others, be they biological, psychological or social, with the end goal of creating new strategies to help at-risk individuals. Like any skill, he believes that resilience can be learned and nurtured.

“When I say help an individual, I really mean the community, because the individual who’s struggling with stress, trauma and adversity is not by himself or herself,” Dr. Phan says. “They live in a family, they go to school, they are in a workplace.”

As such, he says, developing a resilience platform must involve not only addressing strategies in the clinic and the hospital, but in the places where patients live their lives.

“When you talk about resilience, it’s more of a positive way to approach mental health.” Coach Day says.

Comparing it to athletic conditioning, he says, “If you’re bench pressing, and you’re getting yourself stronger over time, you can feel yourself lifting more and more weight. Well, if you can build up resilience in your life in mental health areas, you can take more and more on, you can handle some of the stuff that’s going to come your way. But you have to build that resilience up.”

Dr. Phan echoes the sentiment, noting that exploring resilience allows the medical field to address more than risk and disease.

“The field has really been focused on what makes people sick, why they get sick, how they get sick,” Dr. Phan says. “But resilience is about the opposite side of that, which is how does an individual bounce back after adversity? Not only that, how do they stay well? How do they adapt? How do they learn from the experience? And then ultimately, how do they thrive?”

Read more about Dr. Phan’s work to uncover the origins of mental illness.

The Days both know firsthand the pain that mental health conditions can bring. In 2019, Coach Day began speaking openly about the struggles he faced for years after he lost his father to suicide at age 8. Nina Day has shared her experiences with anxiety.

In doing so, they hope to reduce stigma and help those who don’t have a voice. While the couple did have some trepidation about revealing such personal details from their pasts, they’ve since discovered that it’s made a powerful impact.

“It’s amazing how many people will come up to us and say, ‘because you’re talking about it, my son told us how he’s been feeling,’” Nina Day says.

“So, the barriers are starting to slowly break down. And it’s good to see.”

Coach Day says people seem to appreciate that the couple was vulnerable in sharing their stories, empowering others to do the same, and driving home the understanding that mental health affects everyone and manifests in many different ways.

“They’ll just kind of grab your hand at your son’s basketball game and say, ‘I really thank you for what you’ve done,’” he says. “They don’t give you details, but they kind of give you that look. And sometimes you get the teary-eyed look, like ‘it means a lot to me,’ and then they’ll just walk away.”

The couple began their public campaign by lending support to mental health initiatives focused on children and adolescents.

And Coach Day has included mental health as a component of his “Circle of Care” that provides wraparound services to foster the health and well-being of his football team, a move that has prompted more players to open up about their own mental health struggles.

“This work here at Ohio State is about the public, students and adults,” Coach Day says of the new donation. “We have conversations about children and they need help. But so do people in their 20s and 30s and 40s and 50s. So, hopefully this helps.”

Nina Day says some of her biggest mental health struggles came when she was in college, and she and her husband especially hope their gift will positively impact students during a difficult phase of life that’s been complicated by the challenges of the COVID-19 pandemic.

They also want the future they’re helping create to bring better care for their children.

“I suffered a lot of times alone, and then in silence, because nobody really talked about mental health, mental illness, and there weren’t a lot of resources to get help,” Nina Day says. “My hope and goal is for the children in the future to treat their mental health like their physical health, so that there are resources out there for them when they suffer.”

While a physical illness or an ankle or knee injury might bring wishes to get well soon, the same doesn’t always happen for mental health conditions, Coach Day says. The couple want to see that gap begin to close.

“I think those are all conversations that are coming to the forefront now that maybe weren’t 20, 30, 40 years ago,” Coach Day says. “And then hopefully, we can even be more ahead of this stuff in the next 10 to 20 years.”

While mental health care has historically been the purview of health care providers, Dr. Phan notes that everyone in the community has a role to play. Mental health illness is a pandemic and should be approached like any other pandemic.

This can start with talking openly about mental health to make it part of the normal experience, no different than talking about the flu or a broken arm or preventing cancer or heart disease.

“Treatments out there exist, and treatments can work,” Dr. Phan says.

“And I think ultimately, not enough people get into treatment, because of stigma, because there’s this lack of knowledge that treatments do work.”

Gifts from the Ohio State community are helping to change this landscape. The Days and other donors like them are helping to fuel new support programs that leverage technology, staffing to help community members get the resources they need and research to understand modifiable risk factors and how resilience can prevent mental health problems in the future.

Coach Day encourages those who are able to give to help researchers working to answer questions about why mental health conditions afflict so many.

“When you think about cancer, we’re so much further ahead than we were 40 years ago right now, because we have better answers, we have better treatment programs, people can understand what causes these types of things,” he says. “In 10 to 20 years, maybe we can be in the same area in mental health. And that’s the goal.”

We invite the community to support mental health services and research by donating to the Nina and Ryan Day Resilience Fund.

Give today
JoAnne Viviano is a senior writer at The Ohio State University Wexner Medical Center Department of Marketing and Strategic Communications. 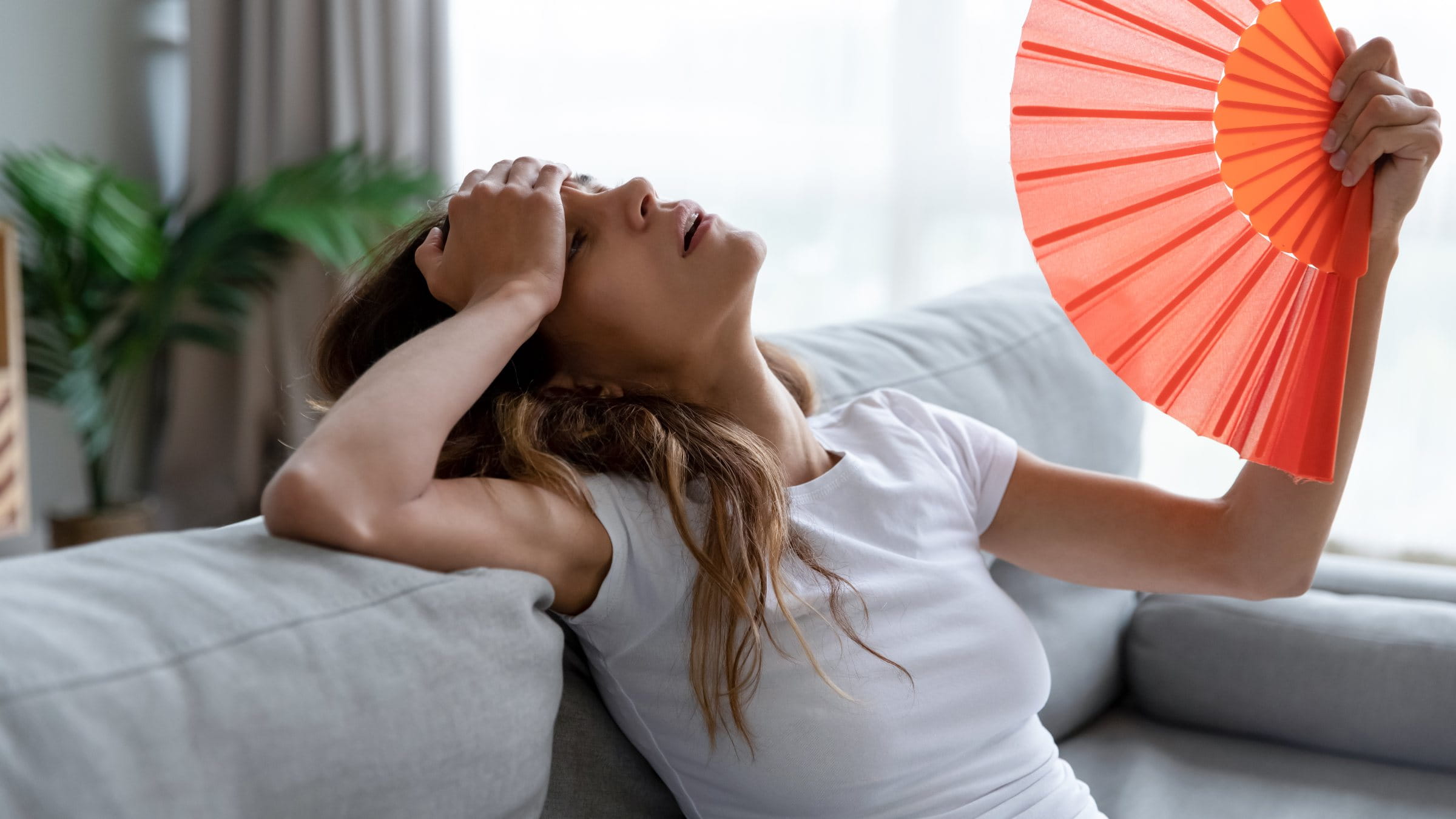 6 reasons you may be feeling hot — or cold

Are you the type of person who’s always cranking up the thermostat? Or are you sweating in T-shirts during the dead of winter? Certain medical conditions can affect how hot or cold you feel. 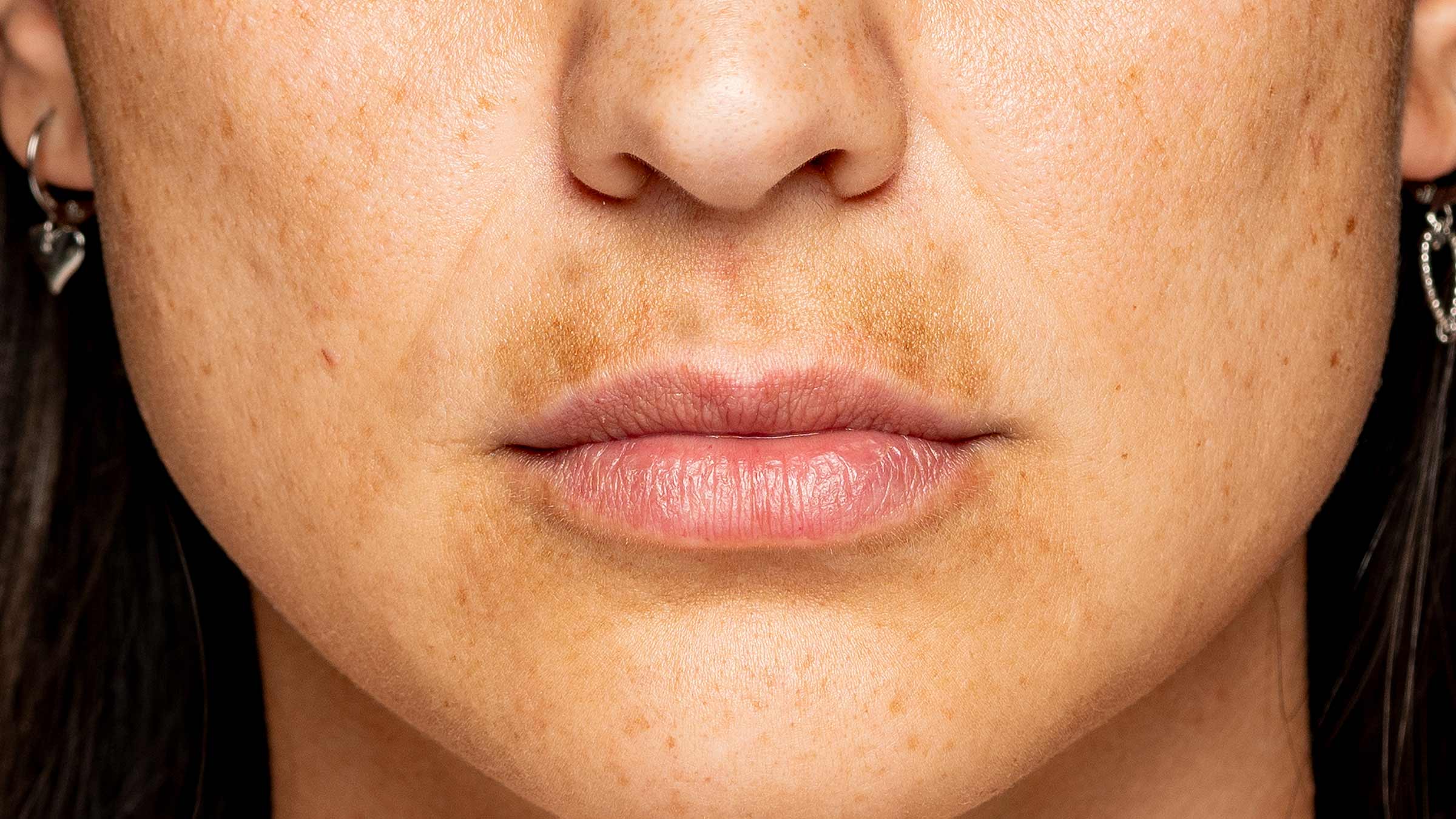 Melasma mustache, a skin discoloration above the upper lip, is often caused by sun exposure or fluctuating hormone levels. An Ohio State dermatologist answers your questions about preventing and treating the condition.