Is a chin implant right for you? Common questions answered 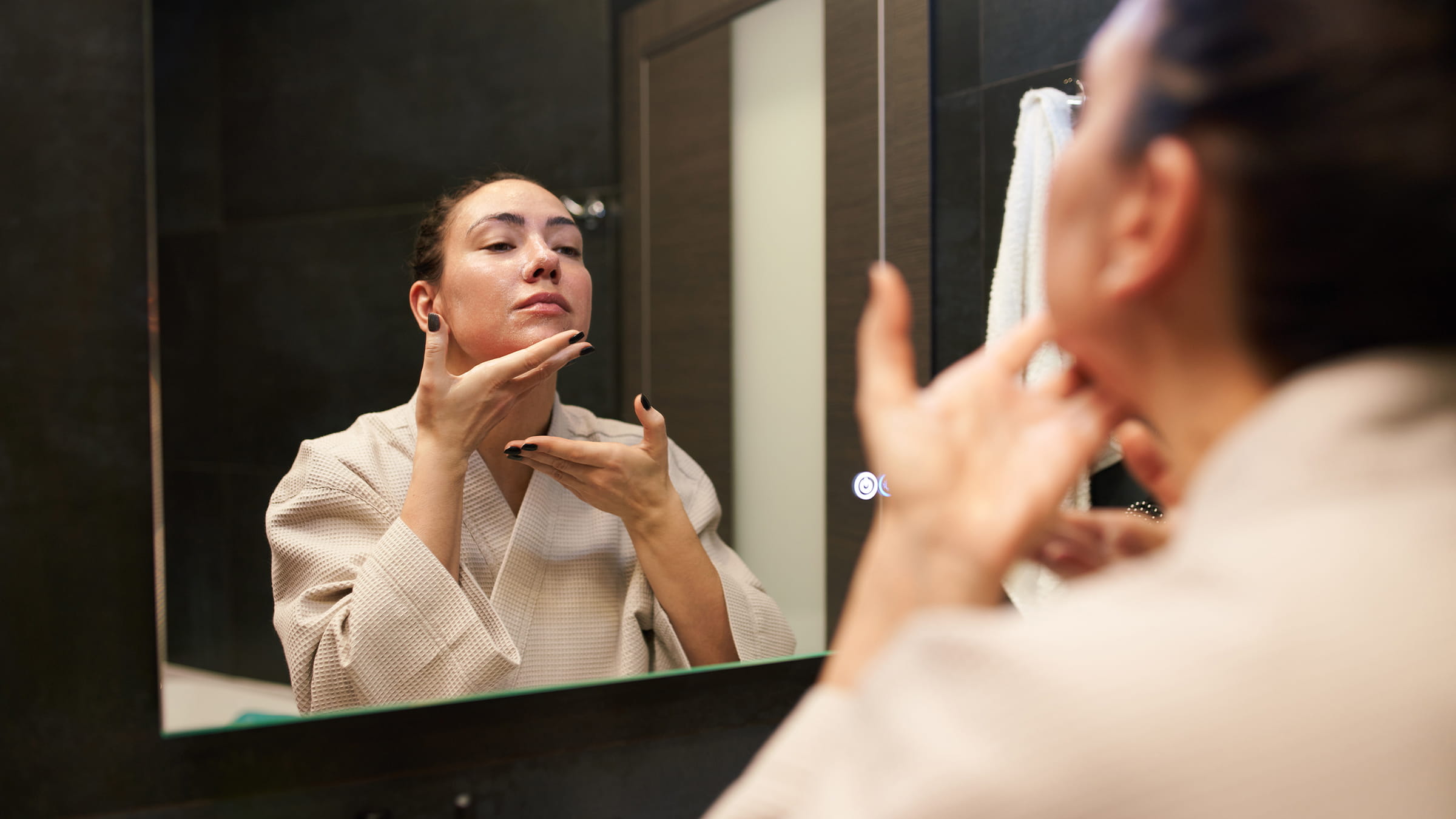 A chin implant is a popular method of chin augmentation in which an implant is used to increase the horizontal and/or vertical dimensions of the chin. The best candidate is someone who has a “weak chin” that doesn’t adequately extend horizontally from the plane of the face.

Alternative techniques for chin augmentation include dermal fillers as well as jaw surgeries, such as sliding genioplasty and orthognathic surgery. Jaw surgery may be a better option in patients who have a significant deficiency in the vertical height of the chin or associated dental and occlusion abnormalities.

Chin augmentation with an implant is a fairly small cosmetic surgery that can have a very powerful impact on the profile of the face. When a chin is small (microgenia), the profile can appear unbalanced. For example, a small chin can make a nose appear relatively larger than it is. A chin implant can also help support the lower face when aesthetic changes are performed to improve jawline or neck definition.

Chin implants can be performed alone or are frequently performed in conjunction with other surgical procedures, such as rhinoplasty (nose job), facelift, neck lift, or neck liposuction. Chin implants may also be a great option for patients who have been getting filler for chin augmentation and desire a more permanent solution.

Curious about lip fillers? Learn how they work, costs and answers to other common questions.

What are options for chin implants?

Chin implants are available in many different materials, but the most commonly used is silicone. They are also available in many different shapes and sizes. Available in the operating room are sterile sizers, which can help determine the best size to use. Another option, to help determine appropriate size before surgery, is to use 3D imaging software, which allows the patient to see what the implant will look like once it’s in place. Customized implants can also be developed by using computed tomography (CT) scan imaging of a patient’s face.

What’s involved in surgery and recovery for a chin implant?

Chin implants can be performed in two ways. We can insert the implant through an incision made inside the mouth or through an incision made in the submental crease, the crease underneath the chin in the neck. The latter, external approach is more commonly used. Through this incision, a precise pocket is created along the jawbone on each side to accommodate the implant, which is then inserted and secured.

It's a quick, 30- to 45-minute surgery, which can be performed under sedation or general anesthesia. A chin implant alone typically results in minimal pain. You could potentially go right back to work, although you may have some bruising and swelling. An elastic bandage to hold pressure may be used for the first 24 hours, and stitches under the chin will have to be removed a week after surgery. 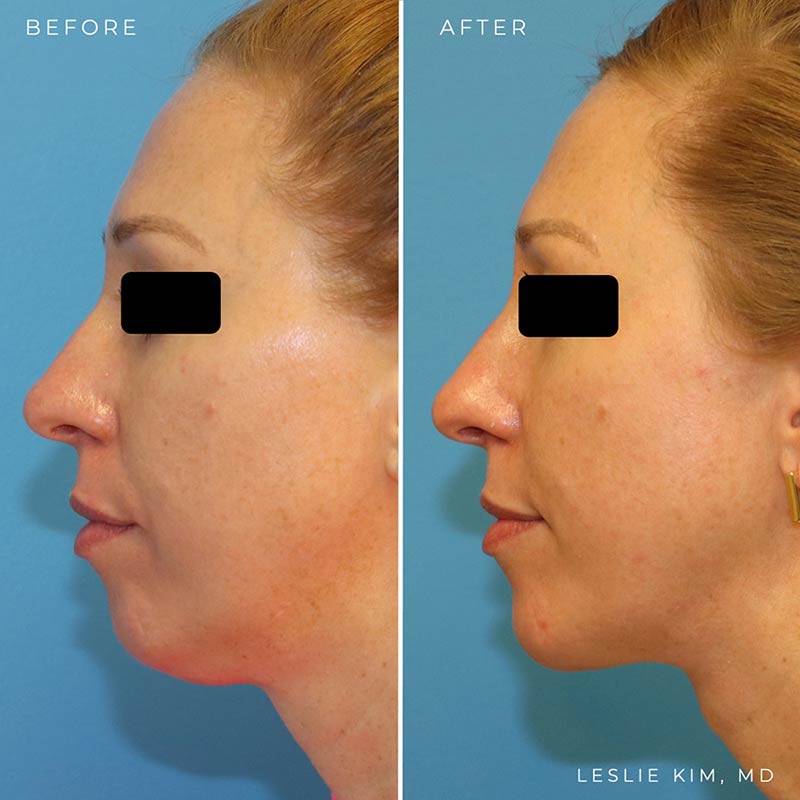 Before and after photos of one of Dr. Leslie Kim’s patients shows how chin implant surgery can make a permanent and powerful improvement in the profile. Here, the same incision used to secure the implant was used to perform a mini neck lift and liposuction to further contour the jawline and neck in under two hours.

Yes, once we put in a chin implant, we consider it permanent. Chin implants tend to be high-satisfaction procedures and we don't anticipate taking them out. They might have to be removed for infection or displacement, but complications are generally rare.

What are risks and cautions for chin implant surgery?

The scar in the chin crease is permanent but typically heals very well. Initial bruising and swelling typically resolves within the first few weeks. Asymmetry, infection, implant displacement, or implant extrusion are all rare risks. There is also a risk of numbness, because the nerve that gives sensation to the lower lip and jaw comes out of the jawbone above the area where the implant is placed. Permanent numbness is very rare.

What’s the first step toward getting a chin implant?

A consultation with a board-certified facial plastic surgeon or plastic surgeon is the safest, smartest first step to get a sense of all your options, both surgical and nonsurgical.

Filler is a temporary nonsurgical option that can be used for chin augmentation instead of an implant. There are various types of filler substances, such as hyaluronic acid and calcium hydroxyapatite, that are injected and last up to a year or two. The procedure is done in the office while you’re awake, and there’s no downtime. The downside is that it's temporary and can get pricey over time.

Fat grafting uses your own fat as a filler. This is a surgical procedure in which fat is removed from the abdomen or flanks and transferred to the face, such as into the chin. Fat can be permanent, but it also can be unpredictable due to variability in how it’s reabsorbed and its longevity.

Our Facial Plastic and Reconstructive Surgery experts offer a variety of surgical and non-surgical options.

Find out how we can help you feel your best.

LEARN MORE
Leslie Kim, MD, is an otolaryngologist and facial plastic surgeon at The Ohio State Wexner Medical Center. She’s also a clinical associate professor and director of the Division of Facial Plastic and Reconstructive Surgery in the Department of Otolaryngology at The Ohio State University College of Medicine. 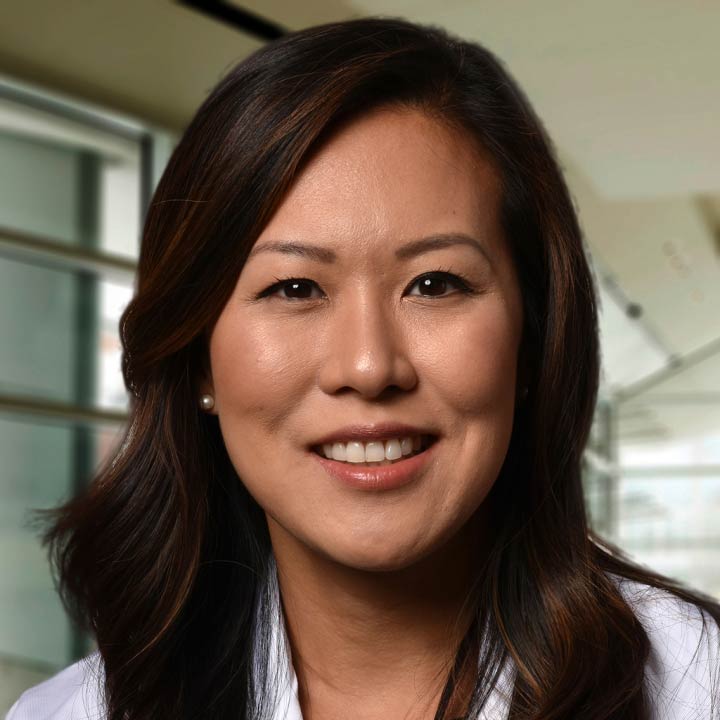