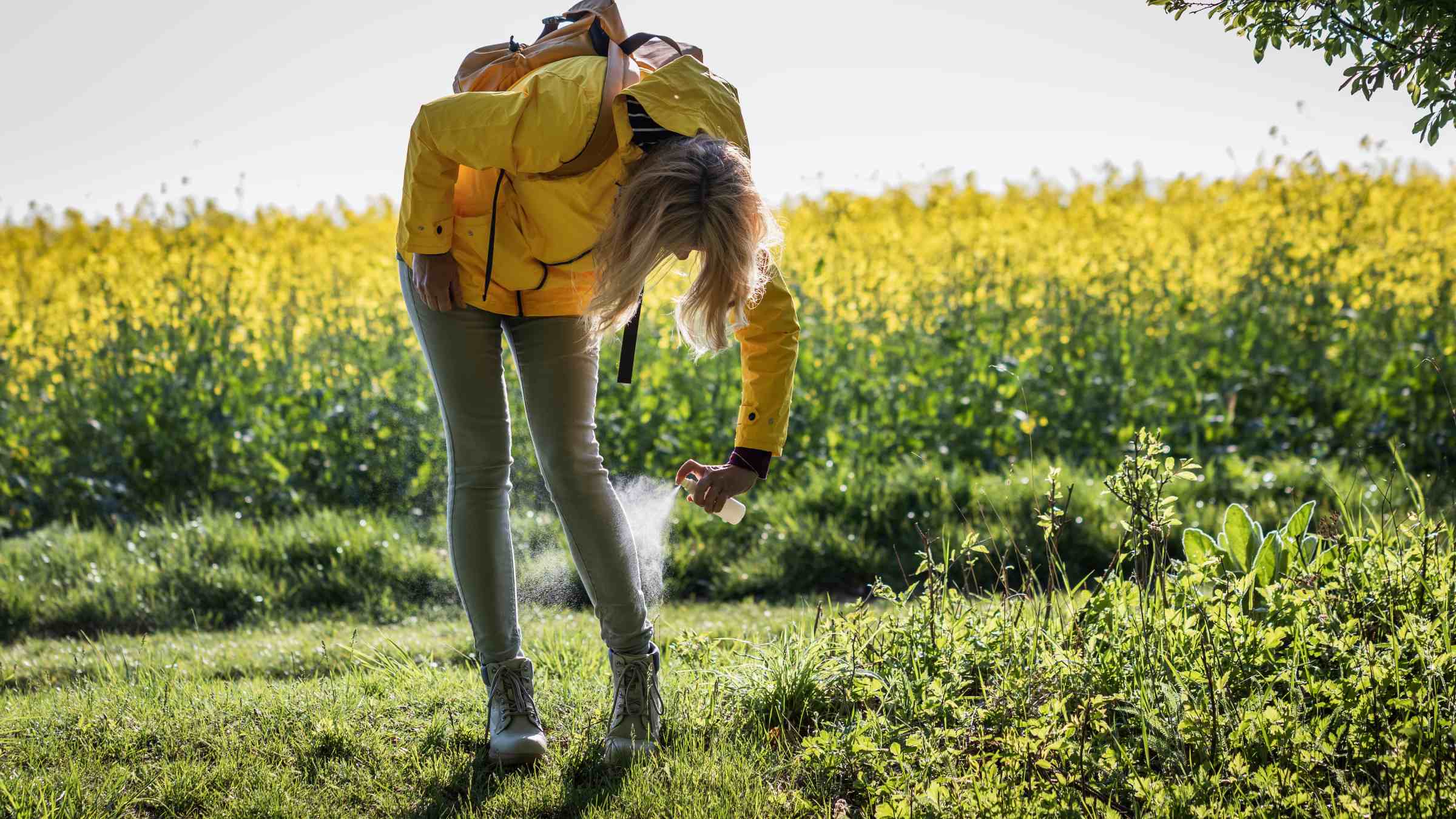 Tick seasons have been longer thanks to warmer winters in recent years, allowing tick populations to multiply and spread in the United States.

That includes the lone star tick — named for the white, star-shaped spot on the backs of females — whose bite could give you not just an infectious disease, but also an allergy to red meat.

“It’s a newer allergy to the medical community, but we’re starting to get more patients at Ohio State with this issue.”

When a lone star tick bites a human, it can trigger the immune system to make allergic antibodies against alpha-gal, a carbohydrate found in mammalian meats.

The alpha-gal allergy causes an allergic reaction a couple of hours after eating beef, goat, lamb or pork. Like most food allergies, reactions range from mild to life-threatening.

Though Wada says the allergy is still relatively rare in central Ohio, she and other Ohio State allergists could continue to see more cases as lone star ticks multiply in the Midwest.

“Lone star ticks were rare in Ohio 30 years ago. But in some southern counties, they have become even more common than the American dog tick.”

What to do if you suspect an alpha-gal allergy

You should see your primary care doctor if you think you were bitten by a tick, Wada says.

But you should see an allergist, as well, if you think you were bitten by a tick and you’re also having issues eating red meat.

Allergic reactions may include itching, swelling, hives, shortness of breath and gastrointestinal issues like nausea, vomiting or diarrhea.

There may be a delay in the alpha-gal allergy’s development after a lone star tick bite, making it harder to connect those symptoms to their cause. Doctors aren’t yet sure how long it could take to develop the allergy, because not many people with alpha-gal allergies can say exactly when they were bitten.

“We don’t think you’ll get bitten by a tick today and be unable to eat a hamburger tomorrow,” Wada says. “There is usually a period of time that we call ‘sensitization,’ where the immune system is developing that allergy.”

There is no cure for an alpha-gal allergy, but there is treatment for symptoms that might appear after you happen to eat red meat.

After testing and diagnosing you with this allergy, your doctor may prescribe an epinephrine auto-injector (such as an EpiPen). This can be used in case of anaphylaxis, a life-threatening allergic reaction that can restrict breathing and cause a sudden drop in blood pressure.

Less severe allergic reactions, such as mild itching, could be treated with over-the-counter medication. It’s important to follow your doctor’s recommendations, though, based on the severity of your allergy.

“I don’t think that if someone is bitten by a tick, they should automatically assume they’ll get alpha-gal allergy,” Wada cautions.

An alpha-gal allergy isn’t the only possible outcome of a tick bite, though. Ticks can transmit infectious diseases, such as ehrlichiosis, Lyme disease and Rocky Mountain spotted fever.

Methods for preventing bites from most types of ticks are the same:

Needham notes that ticks’ upward crawl is why some people think the insects fall out of trees.

“They find them on their heads,” Needham explains. “But ticks are rarely higher than knee-high. Once they’re on you, they crawl up.” To remove a tick from your skin, use fine-tipped tweezers to grasp the tick as close to the skin’s surface as possible. Pull away from the skin with steady, even pressure to avoid leaving the tick’s mouthparts in your skin.

After removing the tick, clean your hands and the bite area with rubbing alcohol, an iodine scrub or soap and water.

Needham recommends saving the tick in the event that you develop a rash, fever or flu-like symptoms. You can show the tick to your healthcare provider to help with a diagnosis, since certain ticks are more likely to transmit certain diseases.

Does this allergy mean I have to avoid red meat forever?

According to current research, the alpha-gal allergy may not go away once it’s triggered by a lone star tick bite.

“There is some research on the horizon to get the immune system to redirect against other food allergies,” Wada notes. “But there’s nothing on the market at this time to cure food allergies, including alpha-gal.”

Protect yourself from ticks
Susannah Kistler is a senior writer and associate editor at The Ohio State University Wexner Medical Center Department of Marketing and Strategic Communications.

Gun owners and suicide: changing how we talk may impact suicide risk

Ohio State researchers suggest discovering better ways to talk to those at risk and find a way to prevent tragedies involving gun owners and suicide. Learn more about this research. Long COVID: What have we learned so far?

Physicians in the Post-COVID Recovery Program share what they know about who gets long COVID and how it’s treated.

FAQ: How to spot the early signs of dementia and Alzheimer’s disease