Neurobiology of uncertainty and stress 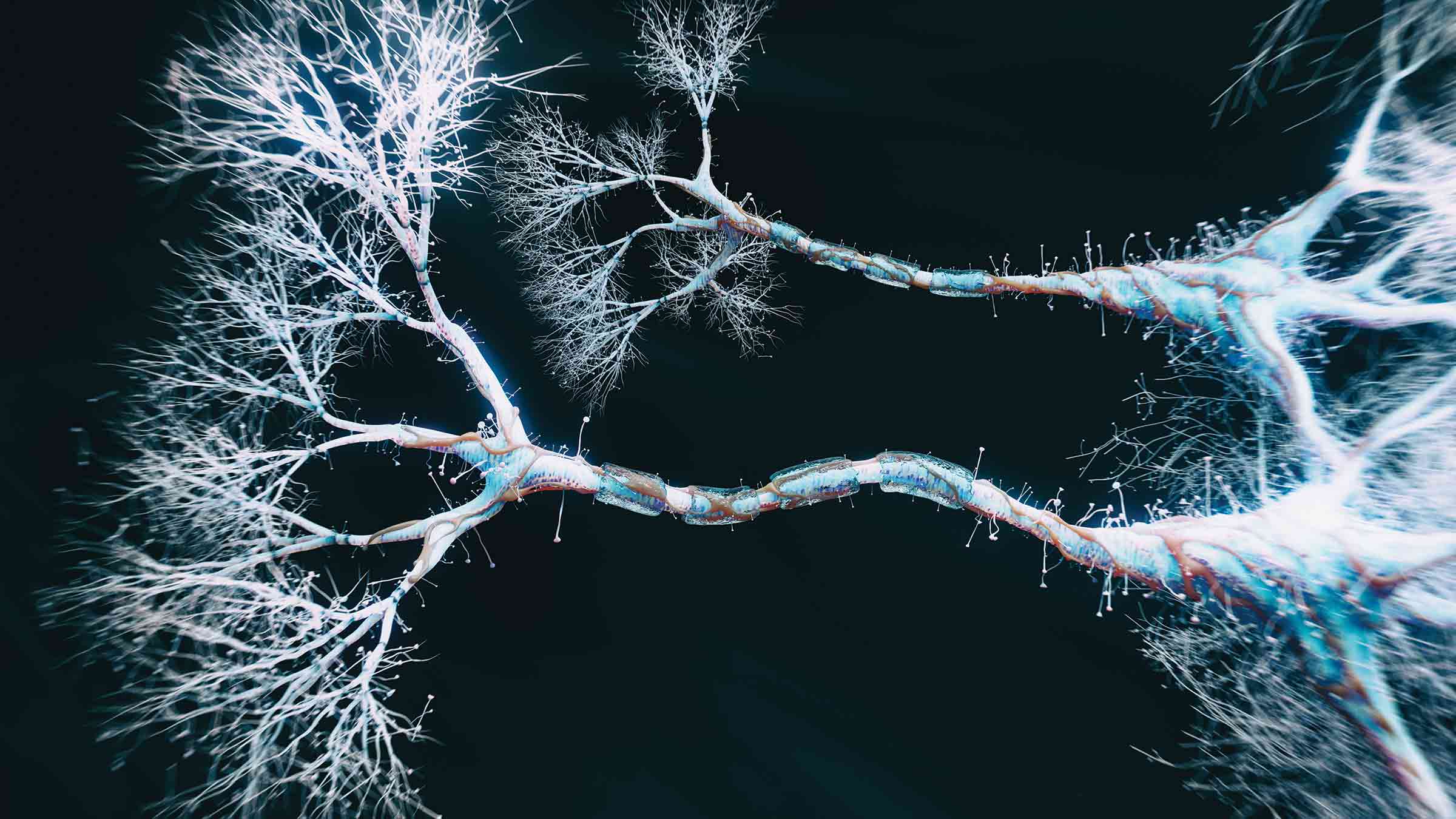 Stephanie Gorka, PhD, assistant professor of Psychiatry and Behavioral Health at The Ohio State University College of Medicine is making exciting discoveries in neurobiology that may provide a more individualized treatment plan for patients with stress-related psychiatric disorders.

Recharacterizing psychopathologies: the search for biotypes

Acknowledging that psychiatric diseases present many overlaps in characteristics, Dr. Gorka finds that heterogeneous mixes of people are often lumped under one individual disorder. She aims to deviate from this clinical organization and look deeper into possible subtypes of these diseases to provide a more targeted treatment. More specifically, Dr. Gorka delves into the world of biotypes. Noting that brain-behavior stress reactivity serves as a core dysfunction across diagnoses, she studies individual differences in reactivity to unpredictable stressors that may characterize specific psychophysiological biotypes.

Dr. Gorka establishes that fear and anxiety are distinct forms of aversion. While fear presents as an acute reaction to a predictable, discrete threat, anxiety arouses continuous apprehension in response to an unpredictable threat. Dubbing this negative stimulus a “U-threat,” Dr. Gorka finds that the way individuals respond to a U-threat is clinically meaningful, and can be reliably measured in the laboratory. She hopes that in better understanding how and why individuals differ in their response to a U-threat, we can identify a patient’s vulnerability to developing maladaptive forms of stress coping mechanisms.

To further understand neurobiological stress patterns, Dr. Gorka uses an fMRI scanner to monitor the activity of a suite of brain regions known as the salience network. Consisting of the anterior insula and the dorsal anterior cingulate cortex (dACC), the salience network is a survival element of the brain that enables individuals to appropriately allocate limited attention resources during dangerous situations.

“The NPU threat test is simple and robust, and it requires no complex learning or behavior,” Dr. Gorka says. “Its ability to back-translate to animal models makes it an attractive paradigm for personalized medicine development.” Her experiment found that unpredictable shocks resulted in greater insular reactivity, as well as more function and structural connection between the dACC and insula. This indicates that the salience network may hold a key role in the neurobiological mechanisms of anxiety and sensitivity to uncertainty.

Dr. Gorka anticipates that her deeper understanding of anxiety-related salience network patterns may open the door for predicting risk factors of psychiatric diseases. For example, she shows that alcohol may mitigate acute anxiety by temporarily decreasing the connectivity of the salience network. Dr. Gorka predicts that individual differences in salience network function could impact one’s susceptibility to developing anxiety disorders and co-occurring substance abuse.

She strives to apply this theory to the scope of trauma. Trauma is considered a risk factor for numerous psychiatric disorders, with 40% of trauma victims developing mental illness or problems with substance use. She believes that within trauma exposed populations, individuals who are most sensitive to the U-threat have the greatest vulnerability for poor health outcomes. Dr. Gorka was recently awarded an R01 grant to test the novel neurobiological risk phenotypes that may predict alcohol abuse in trauma-exposed individuals from the age of 15 to 19.

She’s also been awarded an R01 grant to study the neural mechanisms and predictors of suicide risk among individuals, as well as the effectiveness of crisis response planning toward reducing this risk.

“The ability to tolerate uncertainty and effectively regulate the brain’s salience network is at the heart of many stress-related outcomes. The better we understand why individuals differ in the ways they cope with unpredictable stress, the closer we get to uncovering why certain individuals are more vulnerable to multiple forms of poor health,” says Dr. Gorka.

Dr. Gorka surmises that the NPU threat test will be an efficient way to test the effects of psychiatric drugs on mental disorders. The NPU threat test’s rigor and reliability make it an ideal paradigm for quickly identifying the applications of new drugs, and it may provide more specific treatment options for biotypes.

Dr. Gorka specifically studies the orexin system, which is involved in wakefulness, arousal, stress and anxiety. She questions if blocking orexin receptors will alleviate chronic arousal and distress, and therefore reduce motivation for substance use.

Looking into nonmedication treatments, Dr. Gorka reviews noninvasive neuromodulations such as magnetic stimulation and current stimulation targeted toward the salience network. In addition, she finds that MRI-guided ultrasounds may be able to treat anxiety with its ability to use acoustic energy to thermally ablate a small area of the brain. Other possible drug-free approaches include cognitive behavioral therapy, mindfulness and exercise.

Dr. Gorka notes that once we identify the core dysfunctions of psychopathology, we can restructure our approach to mental health treatment. Rather than offer an anxiety clinic that only accepts patients with anxiety disorders, we can offer a U-threat clinic that directly targets individual differences in sensitivity to uncertainty and treats individuals with a wide range of issues including anxiety, substance abuse and suicidal thoughts.

“Once we really understand what is wrong with an individual, we aim to target it and fix it rather than go through the traditional trial-and-error approach to psychiatric treatment. Many anxiety clinics won’t see addiction patients even though the two disorders share this very core dysfunction of threat sensitivity,” Dr. Gorka says. “This is a broken system that will only be improved once we get better at identifying the dysfunction.”

More research needs to be done on the neurobiology of stress. Biomarkers, neuroimmune mechanisms and neural circuitry are some of the many avenues that Dr. Gorka may explore in the future to better cater to her patients.

The future of medicine is at Ohio State

Our innovative curriculum, life-altering biomedical research and unsurpassed patient care make us one of the top medical schools in the country.

Explore our programs
Alexa Conrad is a contributing writer to The Ohio State University Wexner Medical Center Department of Marketing and Strategic Communications. 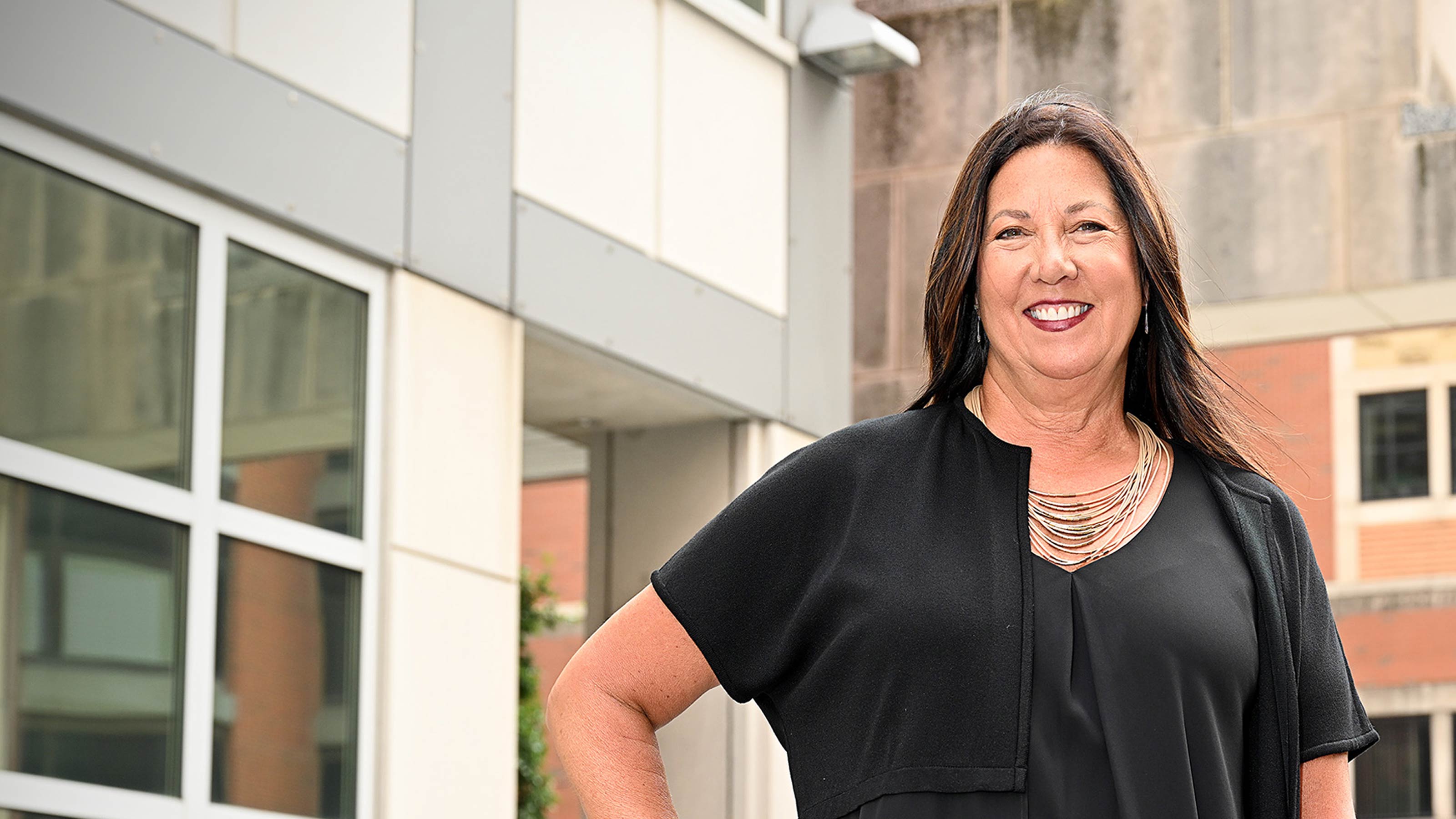